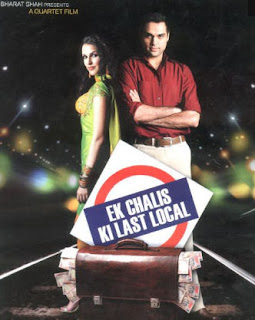 Today morning, I was still tired after the weekend jam session at E-boi's place. I tried to pull myself up by putting on, for the first time in what seems like forever, tailored trousers. I thought I looked good in them. The only problem was that I was not able to feel the tightness on my waist which has increased from 30 to 32+ over the last year, and therefore, they always seemed like slipping down. But I looked at myself in a full length mirror. They are pretty damn good.

The morning routine at the hospital was mundane as usual and I was relieved to be relieved by early afternoon. My present roomie, who has joined as my senior in the unit, did have some irritating comments during the pre-round discussion but still I was in a good mood.

After my lunch over the first 15 minutes of the hilarious 'Another Gay Movie', I decided to sit down and study. It was afternoon and I had had a heavy lunch. It didn't last for too long and I was somnolent in about 15 minutes into the session. All that I tried didn't prove to be enough and I had to fall back on my routine pre-emergency plan of watching back to back movies.

New Empire Cinema saved the day yet again for me. It was running 'Ek Chaalis Ki Last Local'. Despite the bad reviews in the dailies, I felt like watching. Just to reaffirm my hunch, I'd looked up the reviews on the internet and was very happy to read positive reviews, one of which ended like this; 'If you loved Bheja Fry, you will like this.'

As usual no spoilers. The movie is a dark comedy highlighting the clandestine ongoings in the city of Mumbai. Although there is a lot of fun in the script, it fails to rise upto the whacky levels of Bheja fry. The movie has nice twists and turns and is fun to watch. Although I must warn you, there is a lot of blood and killing in the movie... a bit like Pulp Fiction.